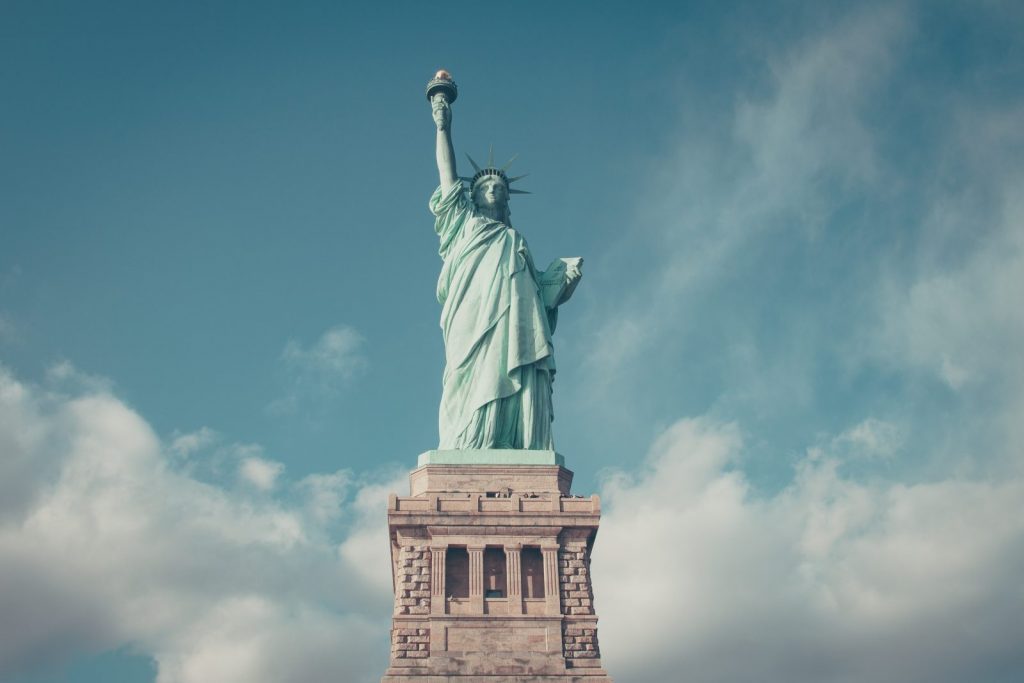 Receiving a UNESCO World Heritage status has for many years been an acknowledgment worthy of great pride to cities, towns, and attractions around the world. From the banks on the Seine River in Paris to temples in Bali, the United Nations Educational, Scientific and Cultural Organization (UNESCO) designates the places and monuments of the planet that are important in terms of architecture, nature, and history. To enter the list, each site needs to meet stringent requirements and follow strict guidelines for preservation. In the USA alone, there are 23 properties with the title of World Heritage Site, ranging from places of cultural value to unique natural landscapes. But more important than the accreditation, these places are part of the history of the country, helping to keep alive the true spirit of the North American culture.

Below are 9 of UNESCO’s sites in the USA.

This indigenous site in Illinois, around 15km northeast of St. Louis, is another of the few examples of ancient Amerindian culture preserved. Its inhabitants arrived around the middle of the 7th century, but its famous burial mounds – that stretch across five hectares and reach up to 30 meters in height –  were not built until well into the 11th century. At that time, it was already a great city that could accommodate 40,000 inhabitants. This civilization came to an end before the arrival of the Europeans, and although the reasons for this decline are unknown (as there is no written documentation), it is intuited that there was a great political crisis. A good part of the mounds was destroyed with the advance of European civilization, but several native peoples are buying land to protect the remains of their cultural heritage in this area.

Another example of indigenous ruins is that of this National Historical Park located in New Mexico, belonging to the Chaco Anasazi people who inhabited the region for roughly 400 years. Despite being surrounded by an arid environment known in the US as “The Four Corners”, there is a great abundance of native flora and fauna, in addition to the incalculable archaeological value demonstrated by the continuous findings impressive architecture endeavors, which forced to expand the park on numerous occasions. The towns of this ancient settlement are essentially connected by a road system, which turned it into a hub of trade and politics. The National Park also englobes the Aztec Ruins National Monument – a congregation of structures dating back to the 11th century.

Also in New Mexico, the town of Taos Pueblo was inhabited by the mysterious Tiwa Indians, who shared very little of their traditions with strangers. Perhaps this is why you can still enjoy the exceptional state of conservation of their homes. With over a thousand years of history, the town stands out for its genuine urbanism, articulated by houses of red adobe, which hardly varied over the centuries. The most recent building in Taos dates from 1885.

Situated in Lousiana, across the Lower Mississippi Valley, this small plateau is named after a 19th-century plantation not far away. With more than 3000 years, the site’s intricate earthen monuments – which include quarries, mounds, and kilometer-long ridges in elliptical shape – are among the largest earthen structures in North America.

Designed by Thomas Jefferson himself, inspired by Palladio, the Monticello was the former president’s house in Charlottesville, Virginia. Currently, its facade is depicted on the reverse of the five-cent coins and is the only private home in the entire nation classified as a World Heritage Site. The University of Virginia building, founded by Jefferson in 1819, was eventually also given the title by UNESCO.

In the state of Colorado, at about 2,600 of altitude, is located this complex of 211 square kilometers that houses ruins of the Anasazi people. Constructed in stone, their villages have a great historical interest for being one of the few conserved monuments of the North American indigenous culture. It is known that the Anasazi people lived in the area since the 6th century and left it around 1275 for unknown reasons. Nowadays, it is still possible to appreciate some of these “cliff dwellings” and have a feel for the advanced building techniques of this ancient civilization.

La Fortaleza of San Juan in Puerto Rico, has been the traditional residence of the governors of the island. Nowadays, it still remains as so, making it the most continuously used official residence in the entire continent. It was first built with the blessing of Carlos I of Spain to protect the city from attacks by Indians and pirates, its massive walls separating it from the bay and the city. In 1898, the United States took over Puerto Rico and a legend was spread that the last Spanish governor, Ricardo de Ortega, stopped the fortress clock with his sword to mark the time of defeat of the last colonies. This clock is currently displayed in La Fortaleza.

In the city of Philadelphia, Pennsylvania, this Georgian-style building was where the Declaration of Independence of the United States and the American Constitution were signed – hence, it is seen as one of the US’s key cultural sites. As the former seat of the colonial government, the building is portrayed on the back of the $ 100 bills.

This is the image that defines New York, and to an extent, the US. Overlooking the city from Ellis Island, the iconic Statue of Liberty remains as the symbol of freedom for many who come to the US. With more than 92 meters in height, the monument was built with copper, crafted by sculptor Bartholdi and delivered to the people of America by the people of France in 1886. It commemorated the hundredth year of American independence, and at that time it was the tallest building in New York. Moreover, it was the first thing millions of immigrants would cast their eyes on when arriving in the city, so in a way, the statue remains as a symbol for many people who migrated to the US during the 19th and 20th century.

There is only one way to get to this colossal statue located on Liberty Island: by ferry, and this can leave two points; from New York and New Jersey. Keep in mind that before boarding the ferry, you will have to undergo a security check. Also, if you decide to visit the crown or the pedestal, remember it is forbidden to bring food, drinks, and backpacks, however, there are lockers available for a reasonable price.