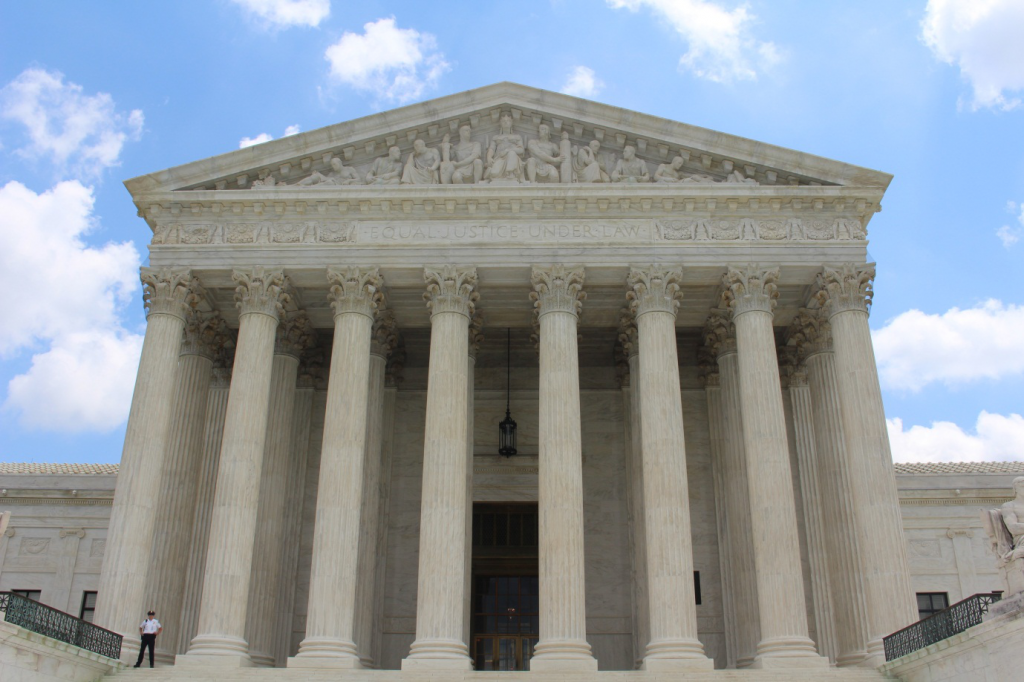 After lengthy court battles and numerous judicial challenges, the latest version of the U.S. travel ban has taken effect on June 29th and been upheld by the U.S. Supreme Court. The most recent ban takes into consideration the judicial sticking points that hindered previous versions and which ultimately lead to them being struck down by various judges. Citizens of Visa Waiver Programme nations, like Australia, should be aware of these intended changes and how they might affect you and your travel plans. The primary elements of the previous travel bans are largely carried over to the latest iteration. Persons from Libya, Syria, Sudan, Iran, Somalia, Yemen, are the ostensible targets of this executive order. This Travel Ban differs from its predecessors however, allowing citizens of these nations the ability to travel to the U.S. if they have proven, close ties to individuals already within the U.S. This would include family members and other such demonstrable, recognized associations. Sufficed to say, as these countries are either engulfed in civil war, are state sponsors of terror, or are failed states, they are not included in the Visa Waiver Programme. Presumably, the only possible effect of this Travel Ban on Australians would fall on those individuals with dual-citizenship that includes one of the above countries. Our advice would be to make use of your Australian passport and citizenship, rather than your documents from one of the above nations. More on this in section two. This ban will not affect those who have already obtained their ESTAs, those who are currently moving through the ESTA application process or those who have already been approved for entry via ESTA. The ESTA (Electronic System for Travel Authorisation) is a system put in place to streamline screening processes for citizens of nationalities who are considered to be low-risk (regarding terrorist or other types of negative activity) and high-value (in terms of potential economic contribution and skill potential). This combination of factors is deemed by the U.S. authorities to be worthy of the ability to apply for a visa waiver, otherwise known as an ESTA. The ESTA online application form has (since the Obama administration) included a question that requires applicants to state their having travelled to, or been present in, these six nations (plus Iraq) at any time after the First of March, 2011.  As such, the ETSA process is already largely in compliance with the latest Travel Ban.   Travel Ban, Dual Citizenship and ESTAs: An issue of particular interest to numerous Australian citizens, with regard to the latest Travel Ban, is how individuals with dual citizenship- inclusive of one of the banned nations- will be treated under these revised guidelines. Fortunately, this issue has been addressed by the latest Travel Ban so you need not be overly concerned. If you were, for example, to be Australian, but have retained your Iranian citizenship, then you would still be eligible to submit an ESTA application. When filling out the online questionnaire, you will be required to state whether or not you are holding any other passports or if you are also a citizen of any other nations. Your ESTA however, is linked only to the passport utilized for the application process, presumably your Australian passport. As stated previously, you will be queried regarding the last time you were in one of these 6 (+Iraq) nations or if you have travelled to any of them, including the nation whose citizenship you still hold. If the answer is that you have not been there since March 1st, 2011 or later, then you are still eligible to travel to the U.S. according to the regulations of the Visa Waiver Programme, assuming ESTA approval. This query means that the ESTA system is already in compliance with the latest Travel Ban and no further changes are necessary. Be aware however, the ESTA does not automatically allow you into the U.S. The decision of your entry into the U.S. ultimately falls to the immigration official reviewing your documents at your point of entry. If your application was completed properly & accurately and you are travelling for your stated purpose, then there should be no grounds on which to deny you entrance. Differences Between This Travel Ban and Previous Versions: The current iteration of the travel ban was crafted to ensure it survived the inevitable legal challenges it would face, challenges that eventually found it being upheld by the U.S. Supreme Court.  This version allows citizens of Libya, Somalia, Sudan, Syria, Yemen and Iran, who have a credible claim of association with U.S. entities or persons, the ability to travel to the U.S. The ‘bona fide relationship’ of close familial connection with individuals in the U.S. (required for entry consideration) includes the following:

Other familial relations, such as grandparents and fiancés, are not originally listed as ‘close ties’.   This definition mirrors the definition of ‘family’ established by the U.S. Immigration and Nationality Act. The Supreme Court of the U.S. has since ruled however that grandparents also meet the standards required for a close familial connection. A ‘bona fide relationship with a U.S. entity’ refers primarily to a business acting as employer or an educational institution acting as both residence and place of instruction for the applicant. There must be a paper trail and formal, documented evidence of this connection between prospective immigrant and organization. This evidence must be presented during the visa application process. Individuals who have formally accepted job offers, or who have accepted invitations to lecture at a University etc… may also acquire visas. Citizens of the six banned nations who have already been granted visa interview appointments have been advised to attend these meetings as planned. Once there, an immigration agent would make an individual decision based on the facts at hand. Current holders of still-valid visas and green cards are exempt from the new ban. Refugees from the six listed nations, for whom this ban is primarily intended, are prevented from entering the U.S. for a span of 120 days, as part of a review period. Similar to other applicants, a ‘bona fide’ relationship with U.S. entities or persons will ensure entry into the country. This is not inclusive of previously-existing relationships with refugee resettlement agencies, a point of contention for many such organizations and interested parties. The initial language of the latest ban stated that refugees who were in line to be resettled in the U.S. would be allowed into the country up until July 6th. Following this date, only those refugees who could prove the previously mentioned connections would be allowed entry. This however was only an estimate as to when the U.S. would reach its 50k-refugee cap, presumably before the end of the fiscal year.  The current maximum annual number is in stark contrast to the refugee cap of the previous year, which was 85k. Caps aside, another source of controversy is in fact how the Travel Ban defines ‘family ties’. Critics have stated that family ties in Middle Eastern cultures may differ from those of the U.S. and therefore this definition is inadequate. Children being reared by aunts, uncles or grandparents, is a common occurrence in these countries, therefore the narrow language of the ban could arbitrarily break up families. Proponents and those still allowed entry under the ban, see the use of close ties as a deciding factor in entry as an improvement over earlier ban iterations. As of now, the Travel Ban is in effect and has been initially upheld by the U.S. Supreme Court, with a deferment until the fall session for a full ruling on its merits. With many of the issues that hindered previous Travel Bans addressed, experts have theorized that the U.S. system will find consistency and stability on this issue once the court rules. If any drastic changes were to occur, you can rest assured that we will inform you of their status and what they mean for your travel experience. For the moment, the Visa Waiver Programme and the ESTA are unchanged and Australians, as well as citizens of the other 37 VWP nations, are still eligible to apply for their ESTA via the online application.