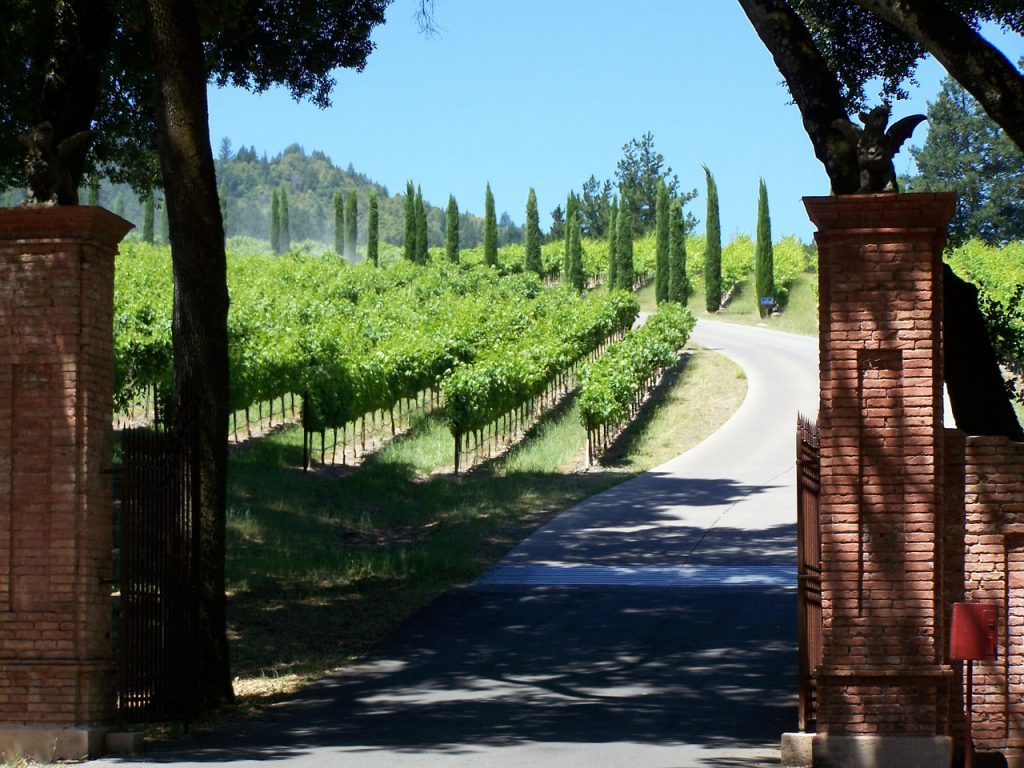 Americans have been producing wine for over 3 centuries now. The United States is the third most popular country in the world with more than 325 million inhabitants, and a majority of the American population loves wine, thus making it a leading producer and consumer of wine.

Apply today and get your ESTA Authorization by email!

Some curious facts about wine in the United States:

The failed Scuppernong grape vines that were made from large green grape marked the beginning of a long road of trial and error for New World winemakers in the US. After Spain, France, and Italy, the United States is the 4th biggest wine producing countries across the globe.  Almost 89% of wine produced in California and 8% of wine produced around the world is exported from the US alone. As of now, there are more than 8000 wineries located in the United States.

•    US wineries employ more than 50,000 people, and almost 30 million people visit US wineries every year as their wine vineyard tours. Here they can taste different types of wines and collect their favorite peace for their future uses.

•    Grapes hold the highest value of fruits grown in the US, costing to around $5 billion. Out of all the non-citrus fruits cultivated in the US, grapes hold 32% of the total value. With more than 25000 farms growing grapes in the US, the grape is the 6th largest crops of fruits grown in the US. Around 1 million acres of land in the US is dedicated to grape cultivation, including those for wine, raisins and table grapes. 10% of grape production across the globe is handled by the US alone, and in 2013, the country produced more than 7 million tons of grapes. So it is natural that you can find a wide range of wines in the US because grapes are the primary ingredient for wine production.

•    Almost every state in the US has at least one winery in its premises. The west coast accounts for more than 90% of the total wine production in the US, particularly in the states of California, Oregon, and Washington. Rocky Mountain region has notable wineries in Colorado and Idaho, the south-western US has wineries in New Mexico and Texas, and the Midwestern US has notable wineries in Illinois and Missouri. When you come to the Great Lakes region, you will find major wineries in northern New York, Ohio, and Michigan. As far as the east coast of the US is concerned, there are wineries in the New York state, New Jersey, Florida, North Carolina, Virginia, Pennsylvania, and eastern Long Island.

The selling policy of wines in the United States:

As per the US federal government, each US state is allowed to regulate its own sale and production of alcohol. This allows a 3-tier distribution between producers, consumers, and wholesalers. Wine can be shipped from one state to the other, and inter-state sales are also conducted through online stores.

•    A number of retail stores and convenience stores in the US distribute wine. There are more than 175,000 stores in the US that are involved in the selling of wine. Apart from that, wine is also sold in other locations like restaurants and bars.

•    If you know how to make wine, you can simply buy the grapes of your choice from a vineyard, create your own wine, label it and sell. This means that you can become a winemaker without actually cultivating grapes. But you need to take the license to produce wine and sell them in the open market.

•    Scientists know over 8000 varieties of grapes till date, out of which 1300 are used in the making of wine across the globe. The ones used for making wine have thinner skin and more seeds than table grapes available in supermarkets these days. Even to add color, people also use the dry skins of grapes, and most of the wines available in the US are totally made without any artificial color.

The preparation of wines in the United States:

The color of the grapes used gives the final color to the wine. Red wine is usually made from blue or purple grapes, while white wines are made from green grapes. Apart from that, white wine is made from the fruit juice only, but red wine is bold and dark because of the skin and other fruit parts included during the fermentation process. As compared to red wines, white wines are crispier and lighter. According to research, white wine is healthy for lung tissues, because it has fewer calories and less alcohol than red wine. Finally, wines are not just red and white, and you can find some other varieties such as golden, orange and pink wines in the United States.

•    Washington is the 2nd largest wine producing states in the country. Missoula Floods render it a huge diversity of soils, making it laden with sand, silt and a variety of minerals through the valley of Columbia.
•    Montana has vineyards planted on the Rocky Mountains western facing slopes, but winemakers can also buy grapes from other states and produce wines of their own. Local grapes cultivation can also be sighted in different parts of the state.

•    Minnesota can reach temperatures as low as -30F, but grape varieties cultivated here can withstand these extreme temperatures.

•    Louisiana produces some of the best wines in the country, including the notable Blanc du Bois and Muscadine wines.

•    Kentucky decreased vineyards and got more involved in the production of tobacco after the Civil War, but since US people drink more and smoke less, they again started focusing on vineyards, and the numbers are still increasing.

•    Women purchase 55% of the wine that is sold in the US. Apart from that, almost three-quarters of wines in the US produced in a domestic environment, and more than 60 thousand wine labels are available in California only.

See here: All About U.S. Medical Insurance (For Foreigners) – How Does It Work

Here are some of the best-known facts about wine in the United States. Being one of the biggest producers of wine in the world, the US has its own heritage of wines and vineyards.