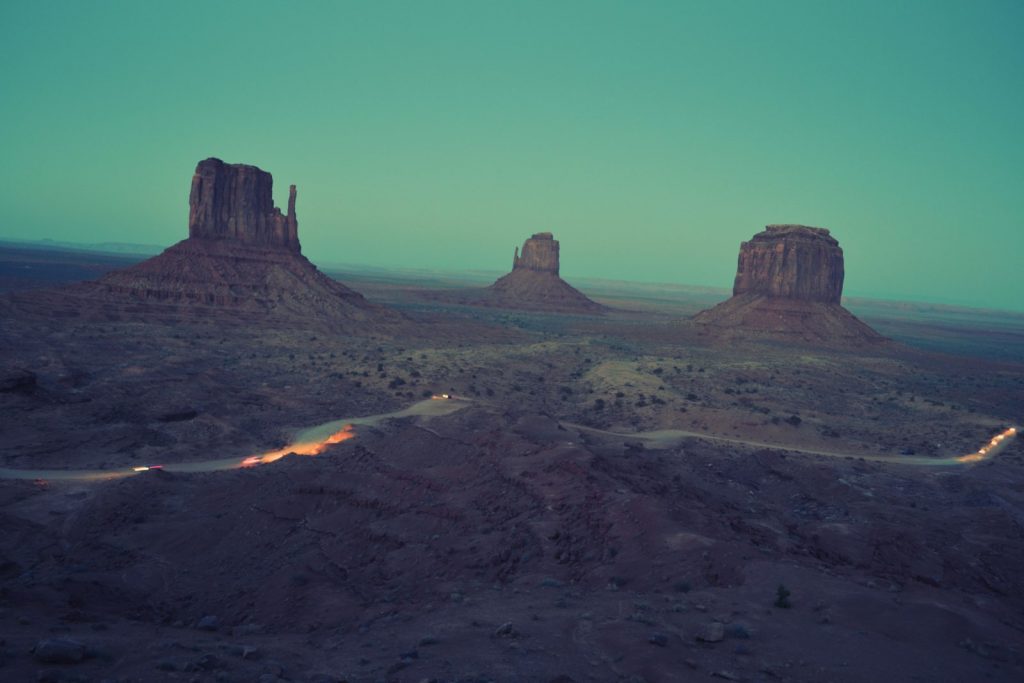 Chili peppers drying on colored doors, indigenous villages with houses made of clay: the roots of New Mexico are a delight to the senses. The mesas (geological formations), with their extensive and unexplored caves, present a peculiar scenario, while museums and galleries display the history of Native American culture that pulses through the region. The inspiring landscape of New Mexico is defined by dazzling skies, snow-like sand puffs, and the striking blue of the Rio Grande. The state boasts gigantic mountains and the famous Blue Hole, a 24-meter-deep translucent pool. In addition to caves and mineral springs, New Mexico offers a ton of outdoor activities like horseback riding, hiking, and skiing, to be enjoyed all year round.

Meanwhile, places like Taos preserve the creative tradition of New Mexico, where instead of souvenirs, you can bring home a little piece of culture: from beautiful jewelry and local handicrafts to belts and Concho ceramics. But most of all, do not leave without tasting the delicious tortilla with banana, breakfast pine nut pancake, or traditional hamburger with green chili pepper – typical delights of the Mexican cuisine of the southwest.

The El Santuario de Chimayo is located near the village El Potrero, in the outskirts of Chimayo town. Since before the arrival of the Spaniards, natives already attributed miraculous properties to the land; powers that were represented in the form of its thermal waters, and that eventually made the place known as the “land with healing powers”. A 19th-century chapel is situated on the site, where testimonials from those who covered themselves with Holy Dirt confirm the spiritual importance of the area, and which in turn lures thousands of people on an early pilgrimage during Holy Week.

The historic museum – which also encompasses the Governors’ Palace – was built with clay in 1610 and still very well preserved. A more modern building next to it has a timeline telling the story of New Mexico: from indigenous peoples going through colonization Spanish, the independence of Mexico, the battle against the Americans, the incorporation to the US, the process of becoming a state, the movies of the old west, the construction of the atomic bomb, up until today. This museum is part of the “Free Friday Evenings” program, open from 5:00 pm to 8:00 pm on Fridays with free admission.

Roughly 80 kilometers northwest of Santa Fe lies the Bandelier National Monument. Here, one can be wondered by the dexterity of the ancient Puebloan people, who carved various cave dwellings into the cliffs along the canyons. There is the possibility of exploring the area through some of its hiking trails that zig-zag across the entire 50 square miles of the National Monument, going up and down and providing great viewpoints of the region.

4. Museum of Indian Arts and Culture

As the host of millions of artifacts excavated from thousands of archeological across the region, the Museum of Indian Arts and Culture is one of the most interesting to visit while in New Mexico. It is situated on the outskirts of Santa Fe, in an area called Museum Hill, and its main attraction is the permanent exhibition “Here, Now, and Always”, which recounts the history of the various indigenous cultures of the Southwest through audio, multimedia, and artifacts. This is a great opportunity to literally travel back in time and begin to understand how the land shaped the native people, and vice-versa.

5. Albuquerque Museum of Art and History

The Albuquerque Museum of Art and History features a collection of works by renowned local artists, such as Ernest Blumenschein, John Sloan and Georgia O’Keeffe. The building stands in the center of Old Town and is held dear by Southwesterners as the hub of regional art and history. As a part of the museum’s permanent exhibition, “Common Ground Art in New Mexico”, it is possible to see a rich collection of Native American ceramics and jewelry, sculptures, as well as Hispanic folk art.

Located in a valley in the desert, on the Sangre de Cristo mountain range, the city of Taos is practically incomparable. Once can feel the influences of the three local cultures: the Native Americans, the Spaniards, and the British. There are several places to go hiking, skiing or cycling within vast outdoor areas that stretch to more 2,500 square kilometers. Taos may have few inhabitants, but the possibilities are endless in the region.

The Taos Pueblo is the city’s most popular monuments – an adobe village inhabited by the native tribe of the region for over a thousand years. In addition to the old pueblo, it is also possible to explore the Spanish culture at Hacienda de Los Martinez or at the San Francisco de Asis mission. The mix of cultures becomes clear when trying local cuisine, which you can be found everywhere from homemade dishes in Spanish-style venues, microbreweries, and five-star restaurants.

As the cultural and historic core of Albuquerque, the Old Town was founded in 1706. Here, you can catch a glimpse of the buildings in Pueblo style, their characteristic adobe walls, arches, and flat roofs standing out. Admire the architecture of the oldest church in the city, the San Felipe de Neri Church; visit the Albuquerque Museum of Art and History to get to know the whole historical context of the place, and explore more than 100 local shops and galleries where you can buy local art and handicrafts.

This museum is dedicated to the modernist painter Georgia O’Keeffe, who adopted New Mexico and produced an enormous number of paintings of the mountains and valleys of the region. She moved from New York to Abiquiu, a city 1 hour from Santa Fe, and went on frequent expeditions to paint the nature of the place. After she died at age 98, this museum was created, with a huge collection of more than 1000 paintings, sculptures, drawings by the artist. There are 9 rooms, 3 of which are sometimes used for exhibitions by other artists, with names like Andy Warhol and Jackson Pollock being featured.

The essence of New Mexico’s vast and impressive landscapes can be summed (to a certain extent) to the Rio Grande del Norte National Monument. This unique landmark is located roughly an hour drive from Taos, on the footsteps of a sheer gorge where the Rio Grande and Red Rivers meet. It is possible to get into the gorge and down to the riverbank through some of the various trails, some of which may surprise you with the eventual petroglyph or ancient dwelling.

Once you step in Santa Fe, you will realize that this is a place unlike any other. With a wealth of history and tradition, formed by the cultures of Amerindians, Spaniards, Mexicans, cowboys, artists and the modern USA, Santa Fe is among the most unique cities in the country. Located at the heart of northern New Mexico’s Rocky Mountains, Santa Fe continuously attracts artists, adventurers, and families to its temperate climate and its diverse landscapes. The second oldest city in the US and the capital with the highest altitude (2,200 meters above sea level), Santa Fe preserves a sophisticated atmosphere in its own style.

See also: The 10 best water parks in the United States